The authentic asMODus Lustro Kodama Box Mod is a versatile regulated mod powered by dual 18650 batteries (NOT INCLUDED), which can reach maximum output to 200W. With a capacitive touch screen, the operation on Lustro is very easy to use. Working with the latest GX-200-HUT chipset, the mod provides high performance in all aspects. The Curve output mode allows for detailed customization of the firing curve.

Featuring the crisp, responsive touch display present in the Minikin 2 and Reborn as well as the futuristic motion detector that enables gesture controlled interaction, the Lustro Stab Wood is powered by two high-drain 18650 Li-ion batteries. The Lustro Stab Wood’s gorgeous stabilized wood chassis takes the form of an ergonomic square with rounded corners, with a light-up LED strip indicating that the mod is firing. The magnetic battery door has been replaced with a hinged version that opens from the bottom to allow for a one-piece construction, a necessity for stabilized wood devices. The GX-200-HUT chipset that acts as the brains of the mod comes stock with all of asMODus’ well known features, including variable wattage, temperature control, TFR, TC, and their precedent setting curve mode, which can be customized through the use of 5 separate time and power settings to allow for the entire firing cycle to be tuned to the user’s preference. Switching modes on the Lustro is as simple as unlocking the screen (By sliding your finger from the top of the screen to the bottom or tapping the display three times rapidly depending on the current lock mode) and swiping left and right.

To pick a specific wire type while in temperature control mode, hold the TEMP icon on the top of the screen for 2 seconds. This will allow you to switch between the following wire types: Ni200 nickel, SS304 stainless steel, SS316 stainless steel, SS317 stainless steel, and titanium. While form may follow function, asMODus have decided that philosophy just wasn’t enough, and nothing is a better example than the Lustro Stabilized Wood Edition.

We have batteries for this device available here

There are no reviews yet. 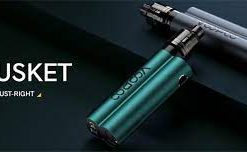